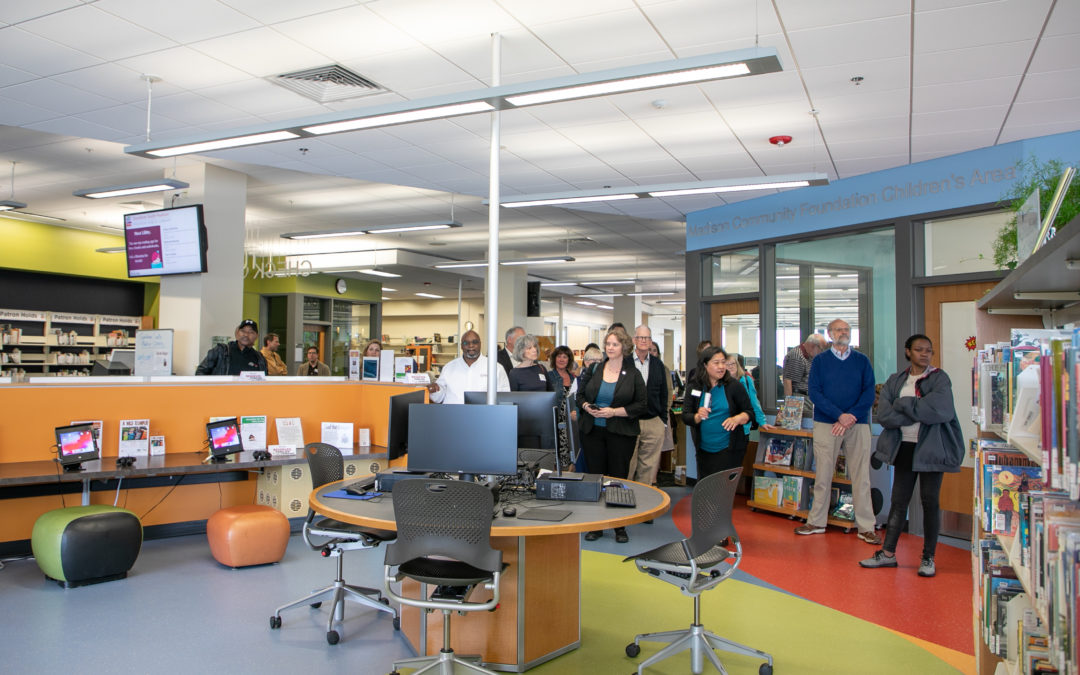 Goodman South Madison Library marked the completion of its recent remodeling project with a reception and open house on May 28. View the event photo album on Flickr.

Hip-Hop Architect Michael Ford, Engberg Anderson Architects, and local children and teens worked together to reimagine the library interior. Improvements include fresh paint; new flooring, lighting and furniture; a new entryway with a one-stop service desk; digital signage; a revamped group meeting space; a children’s area with new furniture and a LEGO wall; and a dedicated teen space that includes a recording studio, an iPad bar, and a gaming and movie station.

Rhodes-Conway called the south side one of the city’s most “vibrant areas” because of its racial and ethnic diversity. “That vibrancy carries over into this library,” she said. “You can tell people love this library. I think it has some real character … and is a unique gathering place. Increasingly, I think that libraries are playing that role in our community — to be gathering places. I am so appreciative of Madison Public Library’s embracing that role … a real place where everybody is welcome, and we serve everyone, and where there are all sorts of interesting things happening.”

Rhodes-Conway also praised the library staff for ensuring the renovations meet the needs of teens who use the library.

Madison Public Library Foundation Executive Director Jenni Jeffress noted that when she began working in her position in 2010, Goodman South Madison Library was just opening. She pointed out that because the library needed improvements after eight and a half years, it shows the library gets frequent use. “The staff really recognized that this is a heavily used library by teens,” she noted. “This one has done a really good job of connecting with and communicating with teens over many years, and it really inspired the staff to want to do something to improve their space. We’re really glad that the foundation had the opportunity to help fund this.”

The foundation thanks the $244,000 project’s lead donor, the Irwin A. and Robert D. Goodman Foundation, with additional support from: 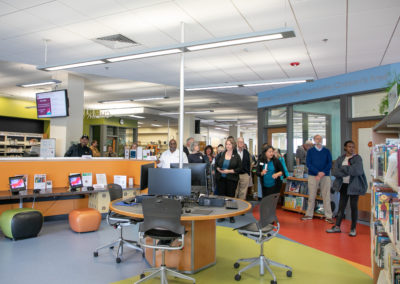 Goodman South Madison Library Supervisor Ching Wong leads guests on a tour of the renovated library on May 28. 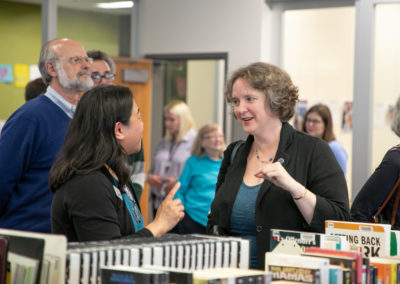 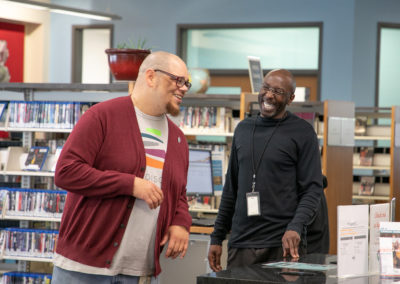