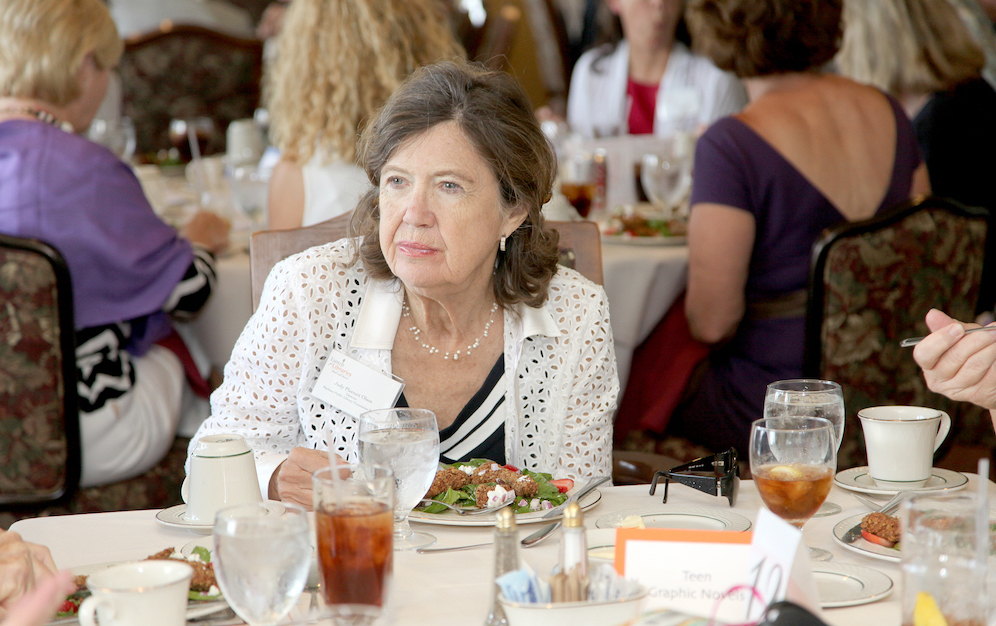 Olson helped start the foundation in 1993 and was President for 14 years, including the years when Alicia Ashman and Sequoya libraries were built.

“I have very fond memories of Judy and her steadfast commitment to both the library and, in particular, the library foundation,” former foundation board President Tripp Widder said. “I remember many a ‘board’ meeting at the Concourse Hotel with all four board members present:

Judy, myself, Phil Sullivan and Barb Dimick. The Treasurer’s ‘Report’ consisted of going through the checkbook Judy carried in her purse — and there often wasn’t much to report. It was a shoestring operation, but Judy was the keeper of the flame.”

Widder said Olson recruited many board members and pioneered the model of the foundation partnering with the City of Madison on capital projects, beginning with the Alicia Ashman Library. This model makes projects less challenging for the city budget, knowing that 20 to 30 percent of the cost will be raised privately by the foundation.

According to Olson’s husband, Jim, she was a voracious reader and an advocate for public libraries. Upon her retirement from the foundation, an endowment fund was created in her name — the Judy P. Olson Book Club Kit Fund — to assist in the purchase of books for book clubs. Dozens of family members and friends gave to the fund in memory of Olson in the weeks after her death.

“Judy was an only child of a military family that frequently moved,” Jim said. “However, she was never lonely, since early on, she found a special friend in books. Shortly after we were married, we moved to Augusta, Ga., while I was in the military service. Judy brought with her and read all seven volumes of Remembrances of Things Past by Marcel Proust. She passed on her love for reading to our three daughters, who loved to have Judy read to them. The Song of Hiawatha, Treasure Island and The Wolves of Willoughby Chase were three of their favorites.”