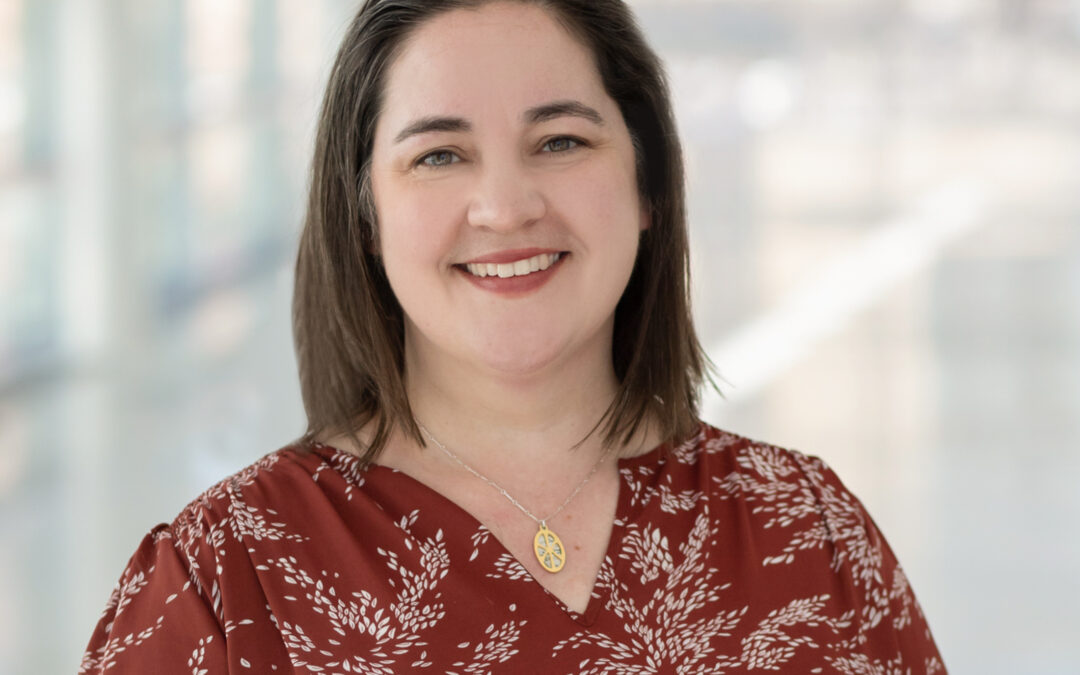 There are several new faces in the Madison Public Library Foundation office lately, so we’ll be introducing all of these new staff members in the coming weeks.

Before coming to the foundation, Kaufman said her most satisfying professional years were spent at Metro Theater Company in St. Louis, Mo. Metro created original works of theater for young people. “It was a gift to work in the company of artists and to observe their creative process,” she said. In more recent years, she served on several small, nonprofit boards in Madison, including Mothers’ Milk Alliance, Monona Grove Nursery School and Nuestro Mundo Inc. She earned her undergraduate degree from Washington University in St. Louis, where she studied psychology, Spanish, and African-American Studies. She also has dabbled in graduate work in nonprofit management and counseling.

A native of Wauwatosa, Wis., Kaufman said the last book she read that “really moved me deeply” was Richard Powers’ The Overstory. Lately, her kids outpace her with their reading, so her most recent checkouts from the library are Heidi Heckelbeck books and graphic novels for them. She was drawn to the foundation in part due to her appreciation of libraries. “I love libraries for being both a reflection of the community and a service to the community,” she said. “I love libraries as a point of gathering: of and for people, of and for resources, of and for activities, of and for knowledge.”

Alongside reading, she enjoys playing the piano, quilting, singing and baking. Kaufman is also an avid lover of puzzles, whether it’s jigsaw, logic or Wordle. When asked to share something others might not know about her, she said, “I’m on a 660+ day streak using the Duolingo language-learning app. In that time, I’ve brushed up on my Spanish and have started learning German and Norwegian. Next up will be either Latin or Mandarin. Language has turned into a real passion for me during the pandemic.”