Lawton, who joined the library staff in 2013, received the honor for her role of library representative on the City of Madison’s Racial Equity and Social Justice Core Team. She and other team members studied how racial disparities are perpetuated by city agencies, and developed a report that called for incorporating racial equity analysis in developing policies, procedures and programs.

The recommendations resulted in equitable planning for the new Pinney Library, because Lawton co-led and managed the Tell Us community conversation initiative to find out what future patrons were looking for in the new library. The project conversa- tions provided the opportunity to cull key library priorities, says Lawton, to whom Library Journal referred as an “equity architect.” The Tell Us project ultimately became the focus of the library’s strategic plan for east side libraries.

YWCA Madison will honor Annie Weatherby-Flowers, Madison Public Library’s Community Engagement Coordinator, with its Women of Distinction title at a special ceremony on Thursday, May 30, at Monona Terrace. She is one of eight local women who earned the nomination.

In her position, Weatherby-Flowers works to improve recognition and understanding of bias within the library, and works to connect the library to community groups and individuals to inform and improve library service and experiences. She also founded Madison’s Juneteenth celebration in 1989, recognizing that the black community in Madison was separated geographically, socially, and economically. 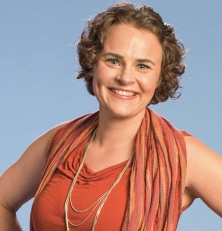