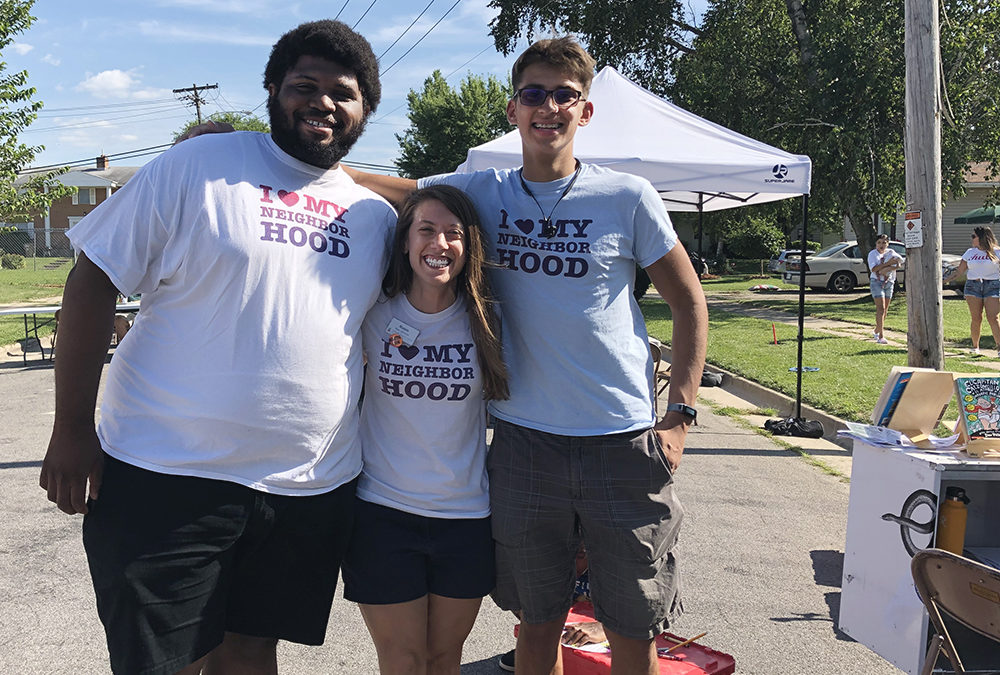 Robin Amado (pictured above, center) is the new Teen Librarian at Lakeview Library. She grew up outside of Chicago and has lived in Madison since 2011. She was previously a high school English teacher on the Navajo Nation in Arizona and the librarian at Memorial High School. Last winter, she lived in Phoenix, Ariz., and worked at Phoenix Public Library.

Amado has been spending time building relationships with community partners and getting to know some of Lakeview’s regular teen patrons. She has implemented an intentional approach toward the programming offered and the spaces curated for teens at Lakeview. You might have seen her at pop-up programs this fall, where she continued to get to know teens and families in the Lakeview neighborhood to inform teen services.

One program Amado brought to the library this fall was the Green Card Voices exhibit, which portrays teen immigrants through their own words. As a librarian at Memorial High School, she was instrumental in bringing the effort to Madison and having Memorial students participate along with students from a school in Milwaukee. This fall, as the book was released, Amado and colleagues brought the traveling exhibit to Madison, where it was displayed at Lakeview and Sequoya libraries through a Beyond the Page grant.

As a graduate student at the UW-Madison iSchool, Amado was involved with the Tribal Libraries, Archives, and Museums Project. She helped plan culturally relevant professional development for tribal cultural workers, co-wrote an IMLS grant and traveled to tribal institutions all over the Midwest. She tries to stay involved in that work when she can, calling it “one of the most fulfilling and transformative

experiences of my life.” She says of her time in Arizona, “I thought living in the Southwest was going to be a permanent move for me, but being away from Madison helped me realize how much I love this city and the people here.” We’re happy she’s back and serving teens in her new role at Madison Public Library.