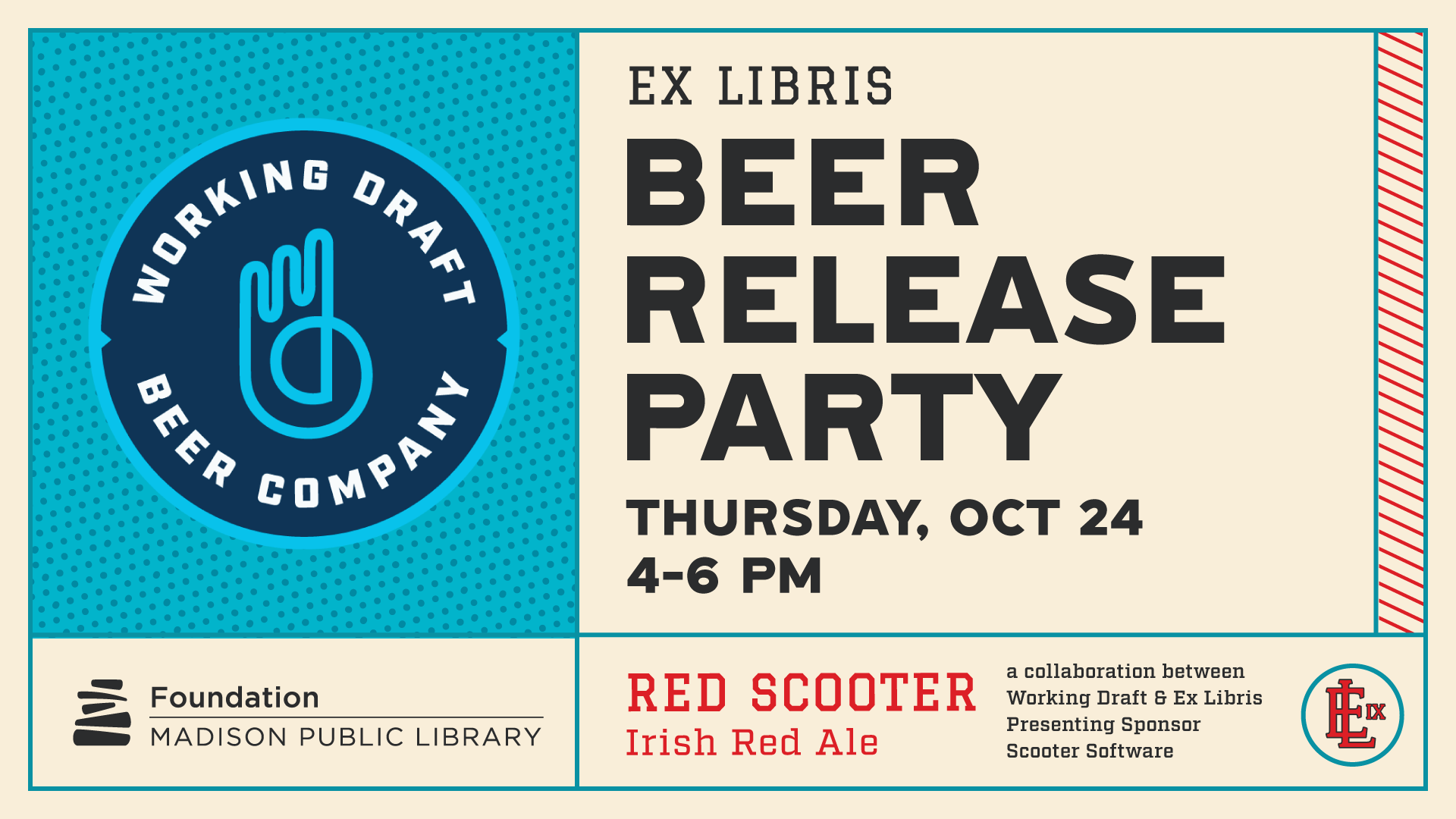 Support your library over happy hour from 4-6 p.m. Thursday, October 24, at the Ex Libris Beer Release Party at Working Draft Beer Co. on the city’s near east side. The brewery will donate $1 from the sale of each pint of Red Scooter, an Irish red ale made specially to start the Ex Libris Vol. IX: Timeout to Tailgate celebration early! The beer is infused with coffee and whiskey-soaked oak spirals, and named in honor of Ex Libris Presenting Sponsor Scooter Software. It will remain on tap at Working Draft until the barrel’s empty.