Seed Libraries Are a Great Resource for Gardeners 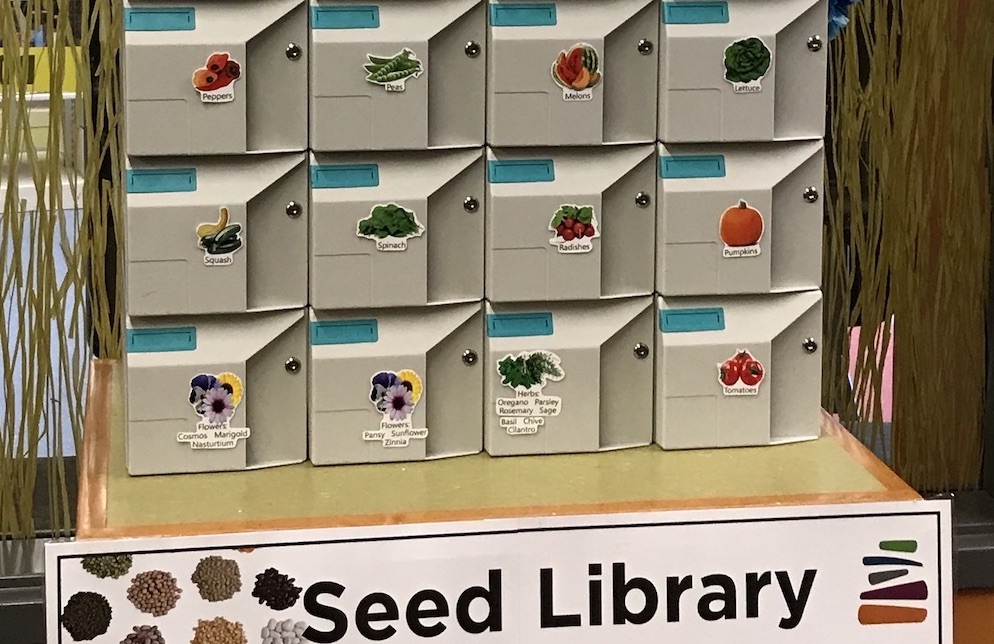 Getting ready to plant your garden? Four Madison Public Library locations — Goodman South, Meadowridge, Lakeview and Pinney — offer Seed Libraries where you can pick up seeds for your direct-to-sow vegetables and herbs this spring.

Participating in the seed library allows patrons to help create a culture of sharing and community. Saving seeds leads to a sustainable future for the community and your garden.

There’s no limit to the number of seed packets you can request, and each packet contains about 10 seeds. But just like with other library items, there are a limited number of seeds in the collection.

The library also offers helpful book lists to get you started with planting your seeds. Visit the Seed Library page for those lists, or ask a librarian.

Goodman South Madison Library used dollars from its endowment fund for a staffdesigned window garden display that holds potted plants that the staff grew from seed, and for new seeds.

“We have our Seed Library drawers available for the public to peruse and take seeds they want,” said Library Supervisor Ching Wong.

Last year, Goodman South Madison Library expanded its seed inventory to include flowers, melons, squashes, cucumbers and zucchini. By July, the library had given out more than 1,000 seed packets, including annual flowers, herbs and a variety of veggies. More than 100 packets were given to community partners, including Centro Hispano, Briarpatch and Spanish-speaking, in-home day care providers. The most popular seeds included flowers, herbs, beets, watermelon, spinach and squash.

The Seed Library is available year-round for those who want to grow plants indoors.

The Seed Library began as a larger project called the Dane County Seed Library, which was started in 2014 with a $5,000 grant from the John A. Johnson Fund and an anonymous donor through Madison Community Foundation. The Seed Library is currently funded by Madison Public Library and the Friends of Lakeview Library.