Two history books and one epic fantasy novel will be the focus of Wisconsin Book Festival events over the next month, completing the 2018-19 season as festival organizers prepare for the 2019–20 season that will kick off in late summer. All three will be held in Central Library’s Madison Room.

Tuesday, May 28, 7 p.m. A Good American Family: The Red Scare and My Father by David Maraniss, in conversation with longtime Madison columnist Doug Moe • Pulitzer Prize-winning journalist and best-selling author Maraniss takes an in-depth look at his father to examine the dysfunctional politics of the 1950s McCarthy era in his 12th book. A Good American Family captures a period of fear, paranoia and injustice, with World War II veteran Elliott Maraniss at the epicenter of the story. The elder Maraniss commanded an all-black company in the Pacific, was spied on by the FBI, named a communist by an informant, called before the House of Un-American Activities Committee, fired from his newspaper job, and blacklisted for five years. However, he never lost faith in America and was eventually vindicated.

Thursday, June 6, 7 p.m. The Stiehl Assassin by Terry Brooks • Presented in partnership with A Room of One’s Own Bookstore, Brooks will discuss the penultimate chapter of his Fall of Shannara epic fantasy series. The Skaar have arrived in the Four Lands in dire need of a new home but can’t comprehend peaceful coexistence. A force under the command of the mercurial princess Ajin has already established a foothold, but the full Skaar army is on the march — and woe betide any who stand in its way. Perhaps the Skaar victory is not quite the foregone conclusion everyone assumes, though. The Druid Drisker Arc has freed both himself and Paranor from their involuntary exile. Drisker’s student, Tarsha Kaynin, has been reunited with Dar, chief defender of what is left of the Druid order, and is learning to control her powerful wishsong magic. If they can only survive Tarsha’s brother, Tavo, and the Druid who betrayed Drisker Arc, they might stand a chance of defeating the Skaar. But that is a very big if, as Tavo now carries the Stiehl — one of the most powerful weapons in all the Four Lands — and is hell-bent on exacting revenge on everyone he feels has wronged him.

Tuesday, June 25, 7 p.m. We’ve Been Here All Along by Richard Wagner • The first of two groundbreaking volumes on gay history in Wisconsin, We’ve Been Here All Along provides an illuminating and nuanced picture of Wisconsin’s gay history from 1895 to the late ’60s. Over time, gay Wisconsinites developed identities, created support networks and found ways to thrive in their communities despite various forms of suppression, from the anti-vice crusades of the early 20th century to the post-war labeling of homosexuality as an illness to the Lavender Scare of the 1950s. Scholar and gay rights activist Wagner draws on historical research and materials from his own extensive archive to uncover previously hidden stories of gay Wisconsinites. This book honors their legacy and confirms that they have been critical to the state’s evolution. 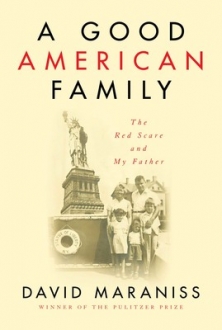