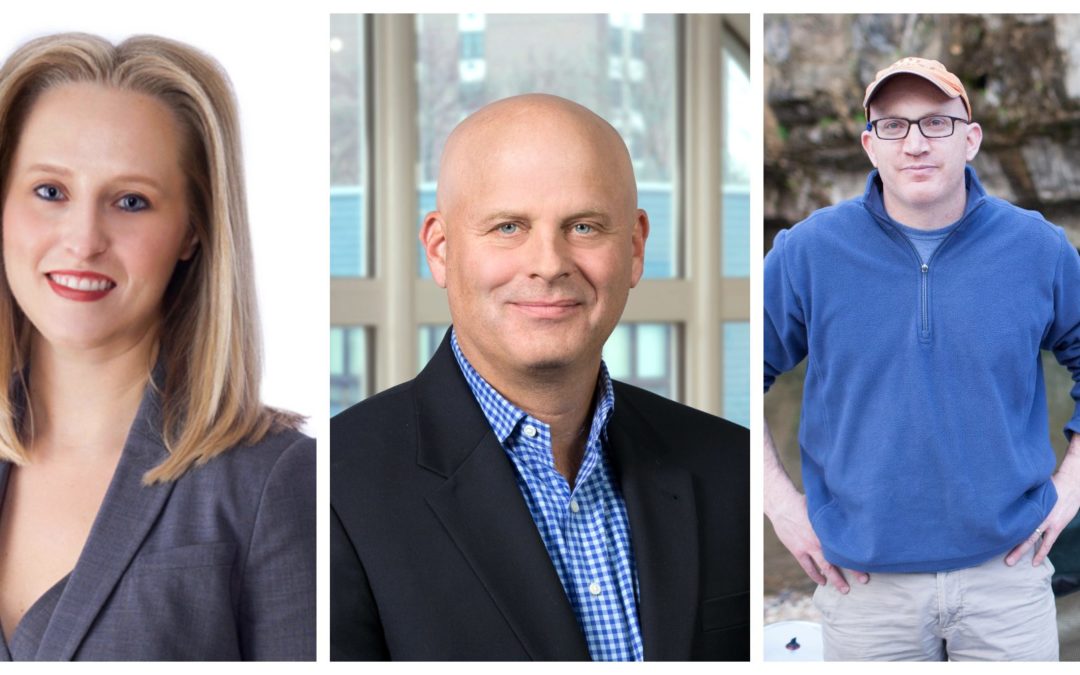 Madison Public Library Foundation welcomed five new members to its board of directors this fall.

Ariel Ford | Ford was born in Talladega, Ala.,
but finished high school in Madison. She earned her degree in elementary
education with an emphasis on K-3. She retired from IBM after holding positions
in Marketing, Education, Human Resources and Customer Satisfaction. She taught
kindergarten in Alpharetta, Ga., and retired from professional life in 2012 as
the City of Madison Equal Opportunities Manager. She recently completed her
term as President of the Friends of the Goodman South Madison Library. Ford’s
hobbies include traveling, enjoying time with friends, theatre, dining out, and
reading both fiction and nonfiction. She has a Kindle and has over 100 books
downloaded but prefers to hold books in her hand. She said she believes in the
role of public libraries in our society. Libraries enable those less privileged
to become as knowledgeable as the more privileged, she said.

Jennifer Hannon | Hannon is a member of the Estate
Planning, Estate & Trust Administration Practice Group at Godfrey &
Kahn, S.C., and serves on the firm’s Board of Directors. She’s also an adjunct
professor at the University of Wisconsin Law School, and speaks publicly on a
variety of estate planning, business succession and planned giving topics. She
is a member of the State Bar of Wisconsin, American Bar Association, the
Madison Estate Council and the Planned Giving Council of Eastern Wisconsin.
Prior to her career in law, Jennifer was an enlisted member of the United
States Army serving as a combat medic.

Chris Jaye | As President of Commonwealth Companies,
Inc., Jaye oversees both the asset management and property management divisions
of the company, including portfolio performance and dispositions. Prior to
concentrating on real estate development in 2007, Jaye spent 12 years involved
in the acquisition and syndication of affordable housing developments, most
recently as a Vice President of Acquisitions for a national provider of debt
and equity financing. He earned his bachelor ’s degree in Political Science from
the University of Wisconsin-Madison. Jaye and his wife have three children ages
21, 19 and 17. He said all of their kids utilized and benefited from Madison
Public Library. His hobbies include travel, golf, and attending sporting events
with friends and family.

Tom Kuplic | A Sheboygan Falls native, Kuplic
has called Madison home for more than half of his life. He and his spouse, Emily,
and their son, Oscar, come from many generations of library supporters and
literature enthusiasts, and when not

reading together, their family
loves to play sports, cook and travel. Kuplic completed his Ph.D at UW-Madison.
After a brief stint in academia, he moved into digital marketing and
communications, which after stops in advertising agencies and software development
companies has led to his current role as a Digital Transformation Consultant at
American Family Insurance. After a presentation to the Library Foundation board
about effective storytelling, Kuplic became a member of the Marketing
Committee.

Francesca Rodriquez | Rodriquez is the Strategic
Program Officer in the Office of the Dean at the School of Education. She comes
to the School of Education after working since 2012 as a technology policy
consultant for the Knight Foundation. She served as the lead policy researcher
for the foundation in its work with the City of Detroit on a digital inclusion
policy. Rodriquez also served as Foundation Officer for Madison Public Library
Foundation. From 2011-13, she was Director of Technology Adoption & Digital
Skills with the City of Chicago’s Department of Innovation and Technology.

Rodriquez earned her master’s
degree in public policy from the Harris School of Public Policy at the
University of Chicago. She and her husband, Mark, have two daughters.

The foundation thanks its six
outgoing board members for their years of service: Tom DeChant, Marnie Hulan,
Anne Lucke, Shannon Kleiber, Dick Goldberg and Nadine Pfotenhauer.