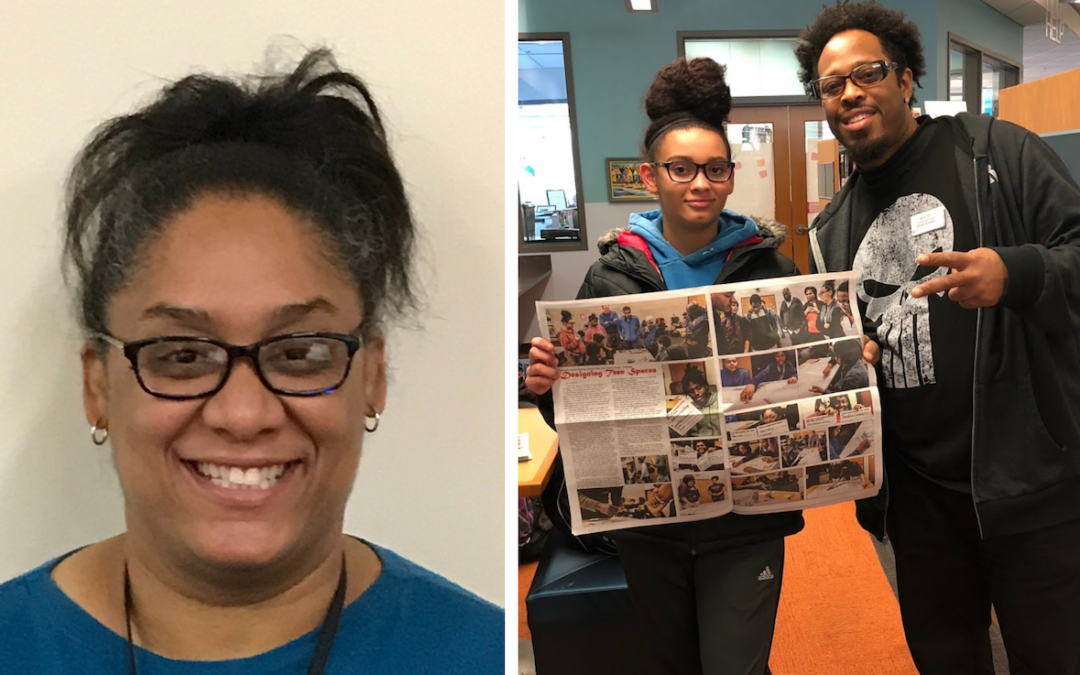 An Arkansas native who spent most of her youth and teen years in Ohio, McDaniel (pictured above, left) graduated from the University of Wisconsin-Madison iSchool in 2015. She then worked at Quincy Public Library in Quincy, Ill., as an Adult Information Services Librarian.

“I came to the library profession late in life, after many years of figuring out what I wanted to be when I grew up,” she said. “I have always enjoyed helping people, and as the last vestige of free space, the public library has the ability to transform lives. I am so grateful to be a small part of that.”

McDaniel’s role will be to connect with the community inside the library through reference assistance, and outside through planning partnerships and work with community groups.

Born and raised in the inner city of Milwaukee, Glenn (pictured above, right) moved to Madison in 2008. He describes his journey through Madison Public Library as “quite a ride”: He sat on the Library Board, later became a Youth Services Library Assistant, and now the dream has come full circle in becoming the first male African-American Teen Librarian in the Madison system. He was previously Assistant Director at Meadowood Neighborhood Center. “Mr. Will” has built relationships with many community partners and has gotten to know Goodman’s teen patrons. He was instrumental in bringing their voice into design of the new teen space. As a Library Assistant, he helped reinvigorate teen programming at the library with “Tween Tuesdays,” “Teen Thursdays” and collaboration with U.S. Rep. Mark Pocan’s staff for his annual art exhibit/contest.

“I am so excited to have Farrah and Will on board,” said Goodman South Madison Supervising Librarian Ching Wong. “Farrah’s enthusiasm and Will’s connections will help build relationships with the people and organizations in the South Madison community.”