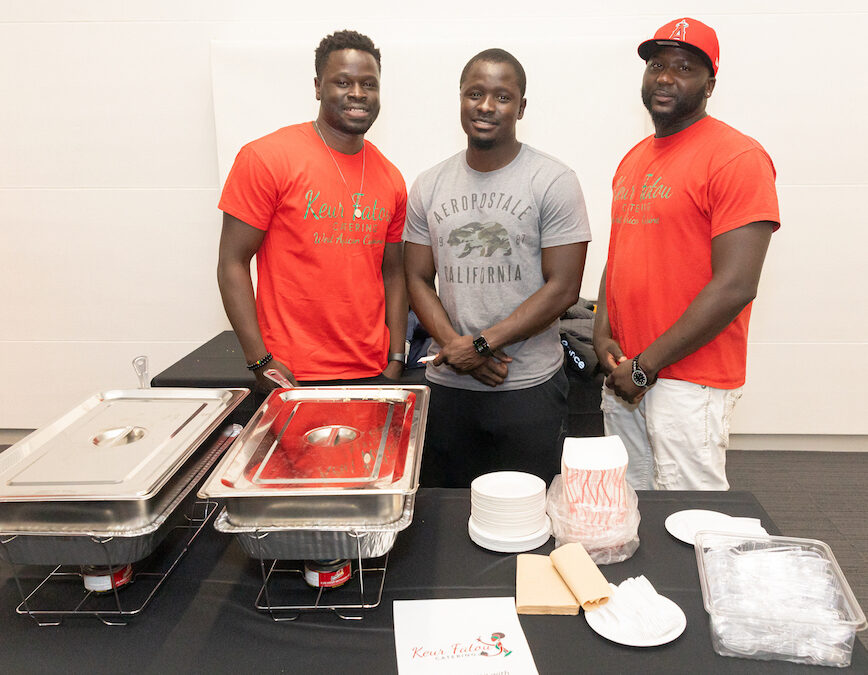 Madison Public Library Foundation’s 11th annual Ex Libris fall fundraiser returned to an in-person format on November 5. About 400 guests sampled local food and beverages from 31 area tasting partners, including restaurants, caterers and breweries. The event — which had the theme New Recipe — grossed more than $70,000, including a large silent auction that raised more than $23,000.

To support the foundation’s strategic goals and in response to donor feedback, a special effort was made to extend tasting partner invitations to BIPOC and women business owners for an event that more fully represented the Madison community. Thirteen of the 31 were BIPOC-owned or woman-owned. For Milpa Salsa, Ex Libris was its very first event! Grupo Balanca filled the library with the sounds of “Pagode,” a subgenre of samba originating in southern Brazil that is well suited for dancing and festivities.

The foundation wishes to thank Presenting Sponsor Scooter Software and its many other sponsors for their support, along with tasting partners, volunteers, the planning committee and guests. Mark your calendar for next year’s event on Friday, November 4!