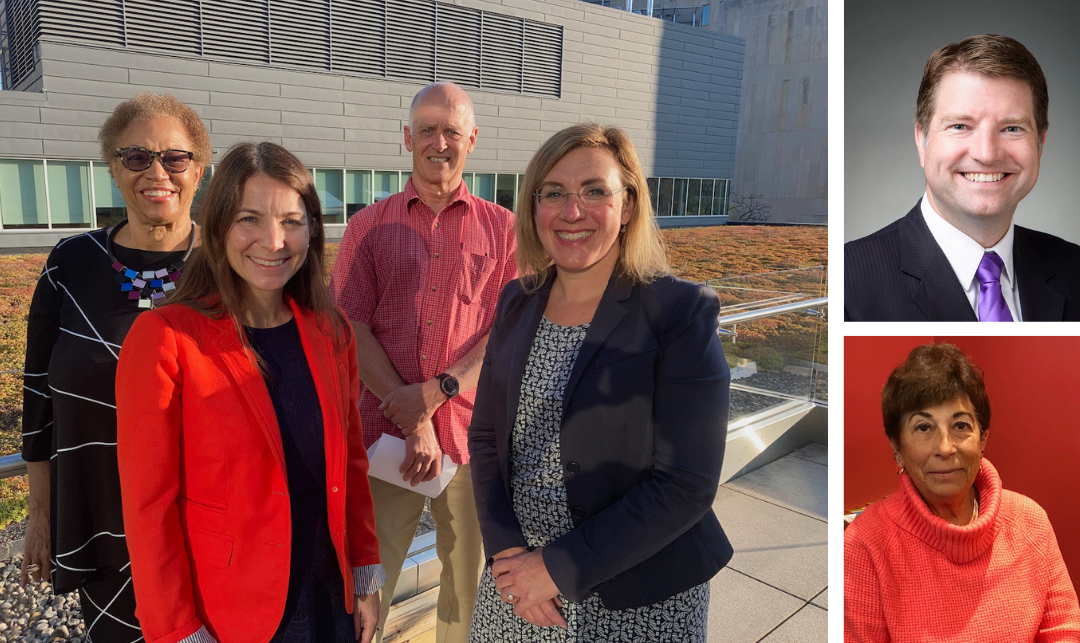 Madison Public Library Foundation’s board of directors has a new President and two new members whose terms began in October.

Heather Clefisch will serve as President, taking over for Susie Younkle. The foundation also thanks departing board members Allen Arntsen and Ariel Ford for their years of service. Joining the board are Aaron Olver and Kathy Michaelis.

Olver is the Managing Director at University Research Park, a nonprofit organization dedicated to supporting the University of Wisconsin-Madison by developing real estate aimed at science, research and technology organizations. He previously served as the Director of Economic Development for the City of Madison and Secretary of Commerce for the State of Wisconsin. He graduated from UW-Madison with a degree in economics and from Oxford University, where he was a Rhodes Scholar.

Olver grew up and lives again in Middleton with his wife, Erin Celello; two sons, a considerate older Vizsla; an “unruly Vizsla puppy with surprisingly destructive teeth”; and a one-eyed cat. Olver and his wife met writing speeches for then-Governor Jim Doyle and bonded over their shared love of fiction, wine, food and traveling. Celello is a novelist and professor of creative writing at UW-Whitewater, and Olver pokes away at his own novel in his spare time. He’s delighted to have the opportunity to support libraries, literacy, and the Wisconsin Book Festival.

Michaelis is the board’s Friends representative and also President of the Friends of Pinney Library. She is looking forward to working toward strengthening the connection between the foundation and the Friends groups. Originally from Pewaukee, Wis., she moved to Madison to attend UW-Madison, where she earned her bachelor’s degree in English, her master’s degree in library science and her master’s in public administration. She is retired after spending 30 years as Director of WiLS (Wisconsin Library Services) and seven years with the state Department of Public Instruction at the Reference & Loan Library as Government Services Librarian. She has been married for 47 years, and has two grown children and three grandchildren.

Since her retirement, Michaelis has served on the boards of the Wisconsin Library Association and the South Central Library System. She volunteers at Second Harvest Food Bank, United Way of Dane County and the Nehemiah Center/Justified Anger. She’s also an active participant of PLATO (Participatory Learning and Teaching Organization), including coordinating courses and chairing the Diversity Awareness Committee. She describes herself as an “avid, but not very good, golfer,” takes a weekly weightlifting class and does a considerable amount of babysitting for her three young grandchildren.