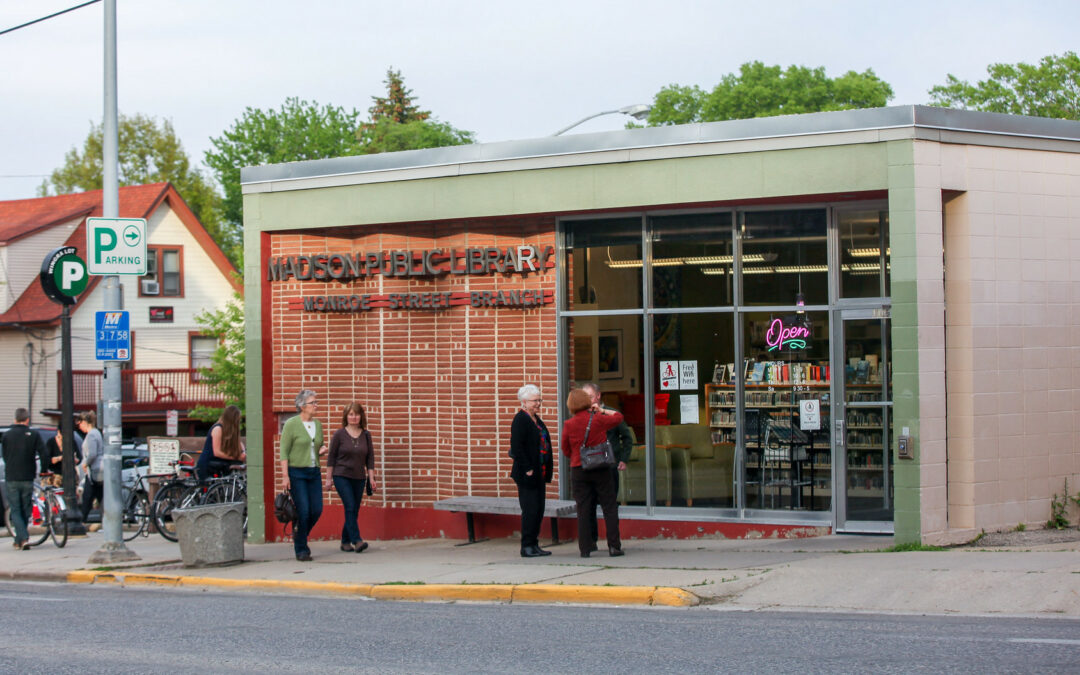 In a Madison Public Library Board meeting on October 7, board members decided to seek support to amend the City of Madison’s 2022 operating budget to expand Monroe Street Library hours from the current three days of service per week to five. The cost of restoring a 0.7 FTE Library Assistant and 20 hours a week of Library Page time to staff the two additional days per week was determined to be $70,000.

Monroe Street Library has the fewest days of service in the library system due to cuts in the 2021 operating budget. Recent data shows that despite its small size, Monroe Street saw more visits per day than Goodman South Madison, Hawthorne or Lakeview libraries. Library and Madison Public Library Foundation leadership have received significant feedback from seniors and older caregivers of neighborhood children that the walkability of the Monroe Street Library is important to them. Additionally, the Library Board and staff have received numerous comments from library visitors in support of expanded service hours.

The foundation encourages library supporters to contact their Common Council representative and those who serve on the city’s Finance Committee to express support for this amendment, which will be sponsored by Ald. Juliana Bennett and Ald. Tag Evers.

Amendments will be discussed and voted on by the Finance Committee on October 25. The approved budget will then be forwarded to the Common Council for consideration and adoption. If the Finance Committee effort is unsuccessful, alders can still submit amendments to the full Common Council, which will consider such amendments and adopt the final operating budget in meetings November 9-11.