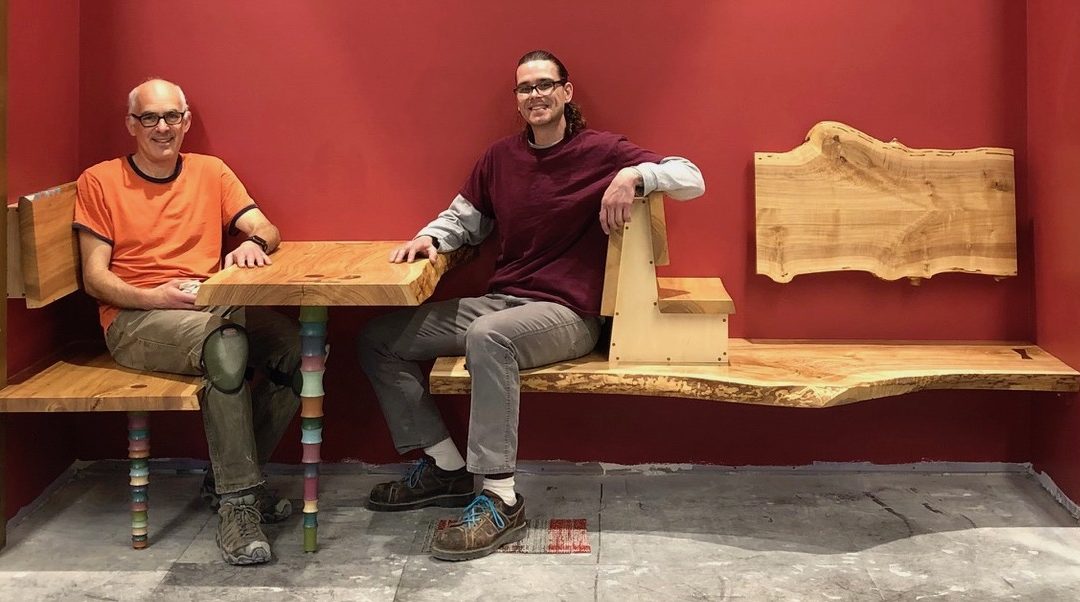 Titled Pair of Perches for Pinney People Pondering, the seating area was constructed from local ash and birch plywood, with spun cherry legs and paint. The project was funded with a $12,000 grant from Madison Community Foundation that was secured by Madison Public Library Foundation. It’s an offshoot of the Phoenix from the Ashes project, a Madison Community Foundation-funded partnership involving Madison Parks Department, Madison Arts Commission and Wisconsin Urban Wood to reclaim ash trees infested by the emerald ash borer.

“I was invited to participate and came up with idea of seeing if Pinney would be interested in having seating. Lots of back and forth, and eventually, it all worked out brilliantly,” Loeser said, who thanks Madison Arts Program Administrator Karin Wolf, Pinney Library Supervisor Sarah Lawton, Madison Public Library Head Bubblearian Trent Miller and others who helped the project reach fruition.

Loeser went through several design ideas before deciding on the final format. Jason Pascoe (pictured above, right), a graduate student at UW Art Department’s MFA program, assisted him at every stage of the project.

The goal was to provide “interesting seating situations that are flexible and allow people to sit in different ways, and as they sit, to explore the textures and feel of the wood, especially the ‘live edge’ — meaning the edges of the slabs that follow the outside of the tree,” Loeser said.

Scroll down to see photos of the project from beginning to end.

Loeser has led UW-Madison Art Department’s wood/furniture area since 1991. He designs and builds one-of-a-kind functional and dysfunctional works of art that are often carved and painted, and always based on the history of design and object-making as a starting point for developing new form and meaning. In 2012, Loeser worked with willow furniture maker Dave Chapman to build three large willow and steel pod forms that are permanently installed reading retreats in the children’s section of Central Library.

He said part of the reason he approached library staff about the Pinney installation is because Pinney is his neighborhood library.

“My wife, Bird Ross, goes there several times a week,” Loeser said. “I rarely leave the house without her saying, ‘Could you drop a couple books at Pinney and pick up another one for me?’ I’m guessing she ranks right up there at the top for most active users. So it is nice to have pieces at our local library.”

The new Pinney Library will open to the public on Thursday, March 12, with a ribbon-cutting ceremony at 11 a.m., followed by Grand Opening Weekend on March 14–15. The weekend will include a variety of free events, from live entertainment to cake to screenprinting and other fun activities. Learn more at madisonpubliclibrary.org/pinney. 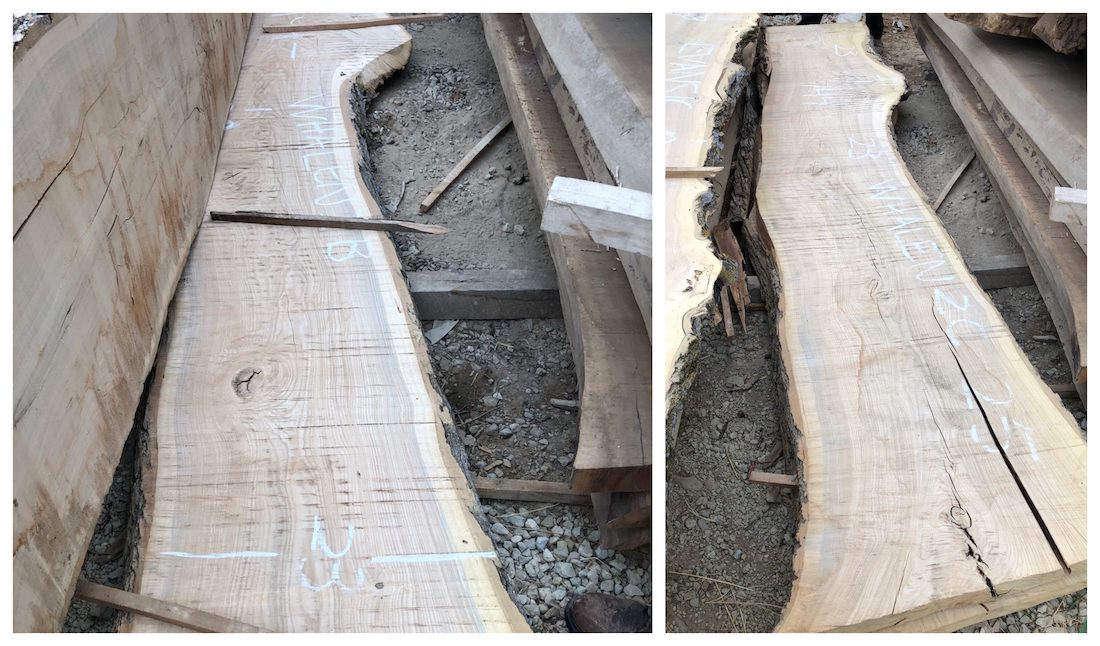 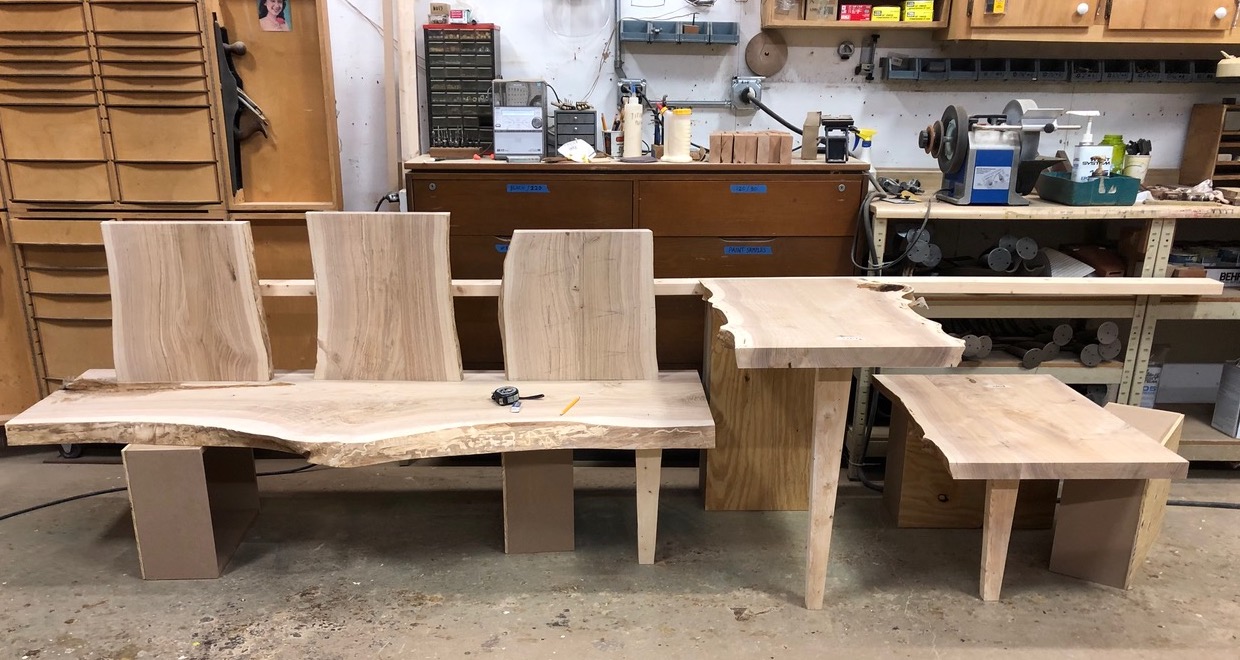 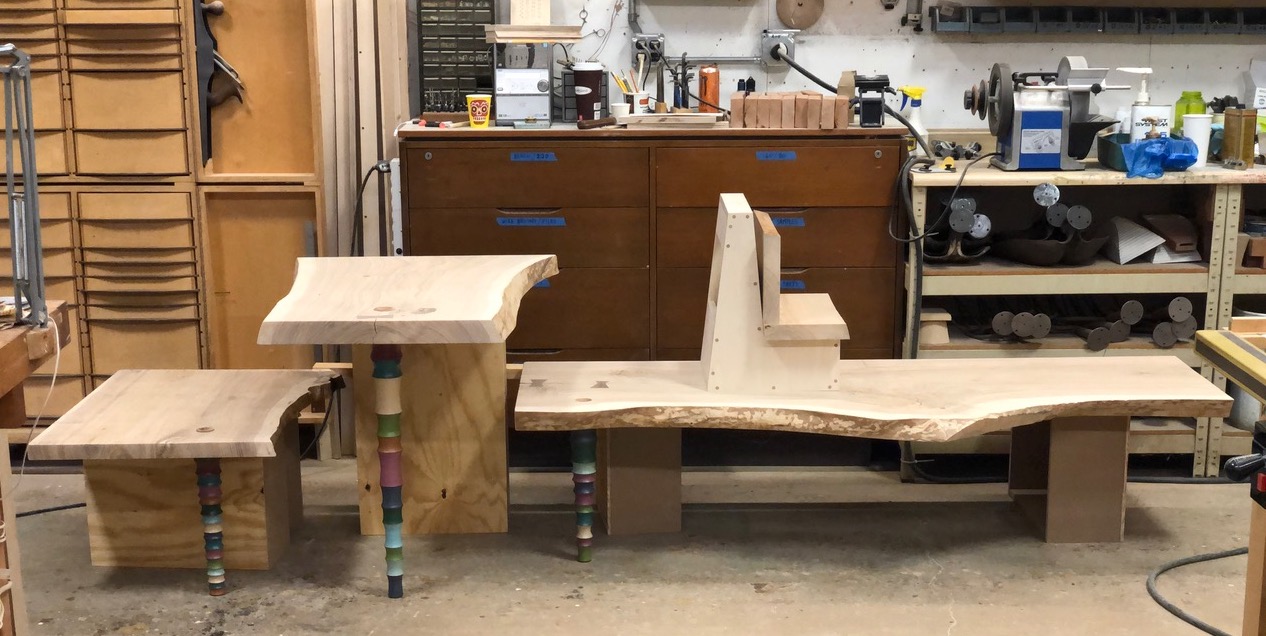